Something Precious, Spilled from my Hands
Posted by cleoclemens, ? Views, Released on August 27, 2022
All Chapter
Next
Options

Prologue: The first flag is raised because you died.

001 Something precious, spilled from my hands

Mary Pulcherrima was a hopeless, forgotten princess. She was the second daughter of the Pulcherrima family, who ruled over the Orvis Kingdom, and were known for producing many excellent magicians. A magician being a person who uses ‘mana’ the energy that dwells in the human body to manipulate fire, water, wind, earth, and other elements. Mary’s parents, older brother, and older sister were all first-class magicians.

Only poor Mary had no talent for magic.

Her parents were superficially fond of Mary, but in recent years had become completely estranged from her. Mary’s brother didn’t like her either. Only Frances, her older sister, was always on Mary’s side.

Those around the younger princess coldly looked down on her and rumors circulated that she bore no royal blood whatsoever, she lived with the stares and whispers her entire sixteen years. Even her sister’s affection wasn’t enough to cheer her up.

That’s why, when the Duchy of Slavar proposed a marriage between her and Romeo Slavar, she accepted without hesitation.

(The duke’s reputation in the kingdom is only growing, and there are rumors he may push for independence. If I behave well in this marriage, I will be recognized by my father and no longer be useless. For that reason, today’s engagement ball must succeed.)

For royalty, it doesn’t matter what your feelings were. Mary never had a partner in mind in the first place, and Romeo seemed to be a kind enough person. However, the relationship between the Pulcherrimas and the Slavars was poor to say the least. Marriage despite the tension – Mary didn’t know what deal was struck behind closed doors, but the respective parents must have had some shared interests. The marriage talks proceeded at a rapid pace, like beats on a tonton.

And today was the day of the party to introduce ‘Fiancee Mary’. It was held in the Duchy of Slavar, at a manor inside Captis, the central city in the territory.

Mary danced with Romeo underneath a large chandelier, her colorful dress making her stand out.

“Princess Mary, don’t be so nervous. Leave everything to me,” Romeo whispered softly.

“Even if it would make your fiance happy?”

“We cannot say that we’ve played our roles properly until we satisfy our families.”

“Perhaps then I shouldn’t say that you look like you’re enjoying the party.”

“Did you think I would be a woman who kicked and screamed all the way to the altar?”

“No, I simply thought you would be a woman who would marry me. That’s all you need to worry about.”

Mary was a princess, if only in name. In terms of position, she ranked above him, but Romeo seemed to be quite self-confident. But his personality didn’t matter.

As the focus of the ball, all eyes were on Mary. She couldn’t relax for even a moment. Yes, Mary was being tested.

Mary herself didn’t care to stand out much and due to her low self-esteem, she wasn’t confident about her appearance, but she was proud of her long, golden hair that swayed with her every movement and the fleeting beauty make up could create on her face. Nothing else about herself impressed her much.

After the dance was over, the party started coming to a close. Mary wanted nothing more than to sit down somewhere quiet where no one would look at her any more. Then the entrance door was flung open.

Soldiers of the Slavar army rushed in wielding guns.

“Kyaaaaa!” “What’s going on?” “There’s an intruder in the Duke’s mansion!”

While the partygoers were confused, a woman stepped out in front of the soldiers as if to lead them. At the same time, Romeo stepped forward to protect Mary.

“Who are you?! No matter who you are, I won’t forgive you trying to interfere with our engagement.!” Romeo’s majestic voice echoed through the hall.

But the woman didn’t falter, but approached him and said, “Lord Romeo, I have come to expose the sin of that woman – Mary Pulcherrima!”

“How dare you disrespect Princess Mary?”

“Her sin is great enough to demand my action.”

The woman glared unpleasantly at Mary. Unable to endure this, she objected, “My sin? What the hell did I do?”

“Don’t deny it. We have all the evidence here.” The woman threw an envelope to Romeo. Inside were dozens of photographs.

“This is… a photo of Princess Mary and a soldier from a neighboring country?” Romeo wondered.

Mary, who peered at it over his shoulder, unintentionally raised her voice saying, “What is this? I never met with a soldier from a neighboring country!”

“But the photograph clearly shows the opposite. Mary, you might have been born into the royal family, but you didn’t have any magical prowess. Treason, isn’t that what you were doing?”

“What are you saying?”

“I see, Princess Mary, you hated your family and the entire Kingdom of Orvis, so you tried to sell state secrets to a neighboring country?”

“Lord Romeo, don’t listen. It’s impossible, I would never do this!”

“Then – how about we call for a witness.”

The woman turned to reveal three people, two men and a woman, enter the room. People who weren’t supposed to be at the engagement ball.

“His Majesty, the King, and Her Majesty, the Queen!” “Even the prince is here, what’s happening?” The clamor of the nobility grew louder. No one, not even Mary, could have imagined that the allegation would be backed but such powerful people.

“Father, mother, and even brother?”

The woman knelt before the king and asked, “If it pleases Your Majesty, is it true that Mary betrayed her country and was engaged in spying?”

The king looked down at the woman, stroking his beard. “Ah, there is no doubt about it. I also have my own evidence. I never thought that the princess would go so far as commit adultery with a man from another country.”

“Eh, uh… why, father?” Mary was at a loss for words at her father’s statement and the cold gaze he directed towards her.

Continuing on, her mother and brother cursed her in the same way.

“Not only does she not have magical powers, she also ruined our family’s credibility, a truly hopeless daughter.”

“I’m embarrassed to have such a sister. I feel like she is a stain upon the royal blood.”

Cruel words from a cruel family. Mary’s heart dropped like a stone in her chest.

“Princess Mary, in the face of this evidence, I cannot marry you.”

“Lord Romeo? Wait, this is a misunderstanding.”

“That’s what criminals always say, Mary.” Romeo said, dropping her title as if she were no longer even a princess in name.

“I’m not… please believe me, someone, anyone, yes, my sister! Please ask my sister!”

“You’re on the verge of death, Mary. But whether you admit it or not, the result is the same.”

Soldiers grabbed Mary on both sides, gripping tightly. Even if she desperately struggled, she didn’t have the strength to break free. Her family struck the final blow.

“You will soon be executed.”

“In order to maintain this beautiful world, we need to dispose of trash as soon as possible.”

“It is my duty to remove any blemishes from the Pulcherrima family.”

“I didn’t do any of that! Something is absolutely wrong! Hey father, mother, brother! Say something! I don’t want to be executed! I don’t want to die because of a lie… I hate it!” No matter how much Mary shouted, all she got was looks of contempt. Not just the nobles, but Romeo, the strange woman, and even her family saw her off with the same hateful glare.

Mary was taken into custody and thrown into a dark dungeon.

She couldn’t remember anything like the pictures ever happening. Firstly, Mary, being a princess and without magic, couldn’t have ever easily arranged a meeting with a foreign soldier. Without a doubt, it was a false accusation, a false accusation – there was no way she could accept being executed on the basis of such a thing.

“Somebody! Get me out of here! Something’s wrong! I’m sure, yes, my sister will know! Please! Someone!” Not matter how much she grabbed the bars and shouted, no one came. Eventually, Mary fell to her knees exhausted and weakly bowed her head.

“No one… came to help me… why did father, mother, brother, why did they say that?”

Had she been abandoned? No, it didn’t make sense. No matter how she looked at it, she couldn’t understand it, and became more convinced this was nothing more than a bad dream.

“If it’s a dream… I wonder if I can wake up if I close my eyes. I wonder if my old life will come back…” With a heartbreaking prayer in her heart, even if she closed her eyes, the nightmare wouldn’t end.

She could hear footsteps approaching in the distance. When she opened her eyes and looked, she saw a familiar face, one that she held very dear.

Frances Pulcherrima – Mary’s older sister and the first princess. With short golden hair, a slender figure, and somewhat hooded eyes, she gave off a cool impression. She didn’t talk much and had a playful personality, combined with the fact she liked to wear casual clothes, she didn’t look much like a princess. However, she was very sweet to her sister.

That’s why Mary was so attached to Frances and had expected her to come help her.

“Sister, please listen! I am not doing anything like spying!”

“Ah, my sister believes me!”

“Father has decided to execute you at dawn.”

“It’s already four o’clock in the morning, that’s in a few hours! Besides, this is the Duchy of Slavar, so why would Father be making these decisions?! I thought His Highness the Duke and our father weren’t on good terms!”

“There are so many things that even I don’t know. Normally, a princess wouldn’t be accused of being a spy nor be executed so easily. So one thing is clear. Father, from the beginning,” Frances bit her lip, closed her eyes tightly, paused, before saying, “he was going to kill Mary.” 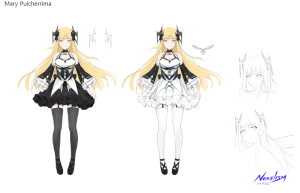 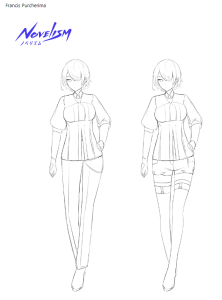 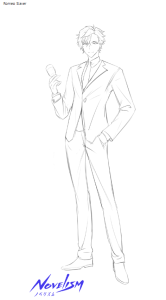 Next
Tamago discord is now OPEN:

Senketsu oujo, mina korosu, 鮮血王女、皆殺す
Score 8.2
Status: Ongoing Type: Web Novel, Web Novel (JP) Author: Kiki Artist: Alle Released: 2021 Native Language: Japanese
Action Adventure Drama Fantasy Horror Psychological Romance Supernatural Tragedy yuri
~A girl who was betrayed by her family and executed is revived and becomes a shinigami to take her revenge! Mary is a fallen princess who can’t use magic. So a political marriage is arranged. At last, Mary hopes, she can serve as a member of the royal family. Betrayed by her parents and her older brother, Mary escapes with her only ally, her older sister. However, the two were unable to get away and both Mary and her sister are killed by the strongest magician, the Arcanist. However, on the brink of death, Mary’s powers awakened. Her power was ‘the Arcana of the Shinigami’, by eating corpses she could increase her strength. With her new ability, Mary decided to take revenge on all those responsible for the death of her sister.

The Ultimate Heel Heals Everything! ~ Repairing Trash Into Rare Items!